Top Athletes Rise to the Occasion at 2010 State Meet

Beatrice’s Daniel Davie Proves to Be the Real Deal 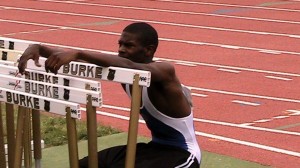 The 2010 Nebraska High school track and field season ended with a bang—a  lot of wind too!  Plenty of meet records were set and a bunch of athletes saved their season personal best performances for the big show.

On Saturday,  I  took my video camera along with me to capture some of the exciting action at Burke. Hopefully, I will have some video posted on the site soon.

There were several very impressive performances and a lot of quality athletes at this year’s state meet—many of them will be returning for more in 2011.