Morgan Woitzel Returns to Track in Time for District 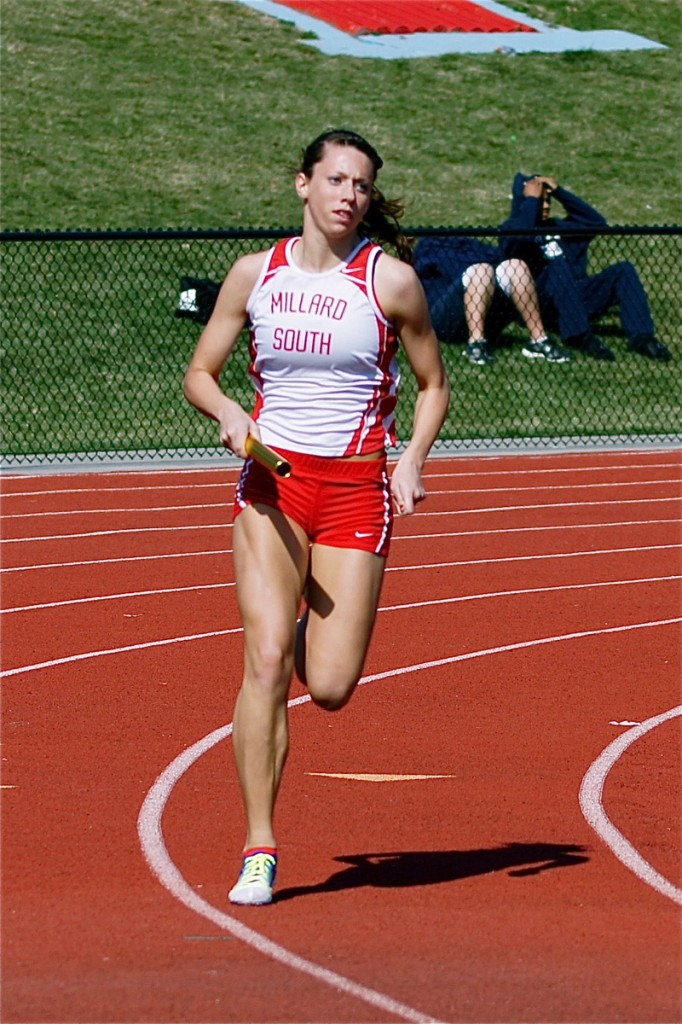 Morgan Woitzel, Millard South’s 2010 state meet Class A 800 meter champion, is tentatively scheduled to make her return to the oval this week, according to her mother Michelle Woitizel. “She had a tear in her hip flexor. Dr. said she should be healed up by the end of this week,” Michelle wrote in an email message she sent last week to MHN.

The injury to the junior Patriot occurred on April 15 during an 800 meter race at the Fremont Invite—she has been out of competition ever since. So it will be interesting to see the kind of conditioning Morgan will be able to demonstrate on the track this Wednesday at the A-4 district meet that will be held in Grand Island.

It was not until the middle of her sophomore year last season that Morgan began running the 800m in earnest.  In just her second attempt at the distance, she crossed the finish line in the 2010 season’s best time of 2:14.79—just .06 away from making the all-time charts!

Morgan currently holds the second best time of the season in the 400m (58.10). However, thus far, she has not completed an 800m race in 2011. Yet if Morgan is able to make it through districts healthy, she will have nearly two more weeks left to get into top race condition. And with her speed she will definitely be in the hunt for all-class gold in the 800m. As for her chances at all-class gold in the 400m— I’m not so sure.

The 400m is a sprint and one only gets better through competition—something Morgan has missed due to the injury. And let’s not forget how well her teammate Clara Nichols has been running this year. But a healthy Woitzel will at least be an all-class top 3 finisher.

In my opinion Morgan’s best chance this year for an individual all-class gold medal will come in the 800m.

The 800m is a run and if an athlete has heart, speed and stamina it’s possible for them to post a great time at any moment. Morgan Woitzel certainly has the heart and speed to win all-class gold in the 800m but will she have the necessary stamina and can she stay healthy? If so, look out Kristie Mullen, Taylor Johnson and all you other 800m girls—Morgan is back!