Slow-Thumbs For Faster Times Not Good For Track Athletes 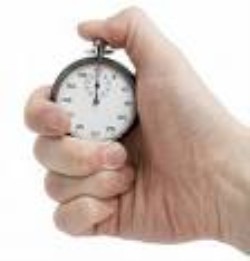 TRACK ISSUES – TIME FOR MY YEARLY SCOLDING FOR “SLOW THUMBS”


Oh my, once in a while the old 1000 Yard Guy, who sees good in almost everything, has to shake his Polish finger at some folks. It happens every year around this time, about the mid-point of the high school track season. There are all-star meets right around the corner like the splendid Central Nebraska Track Championships, and some folks are trying to get athletes into these meets and get them good lane positions, ESPECIALLY in the sprints. The process should be fairly cut and dried. You run fast, beat most of the comp and you get into these meets and get a good lane. But “Hold on Nelly,” apparently it’s not that simple!.

I noticed a couple of GLARING 100 meter times this week in the World-Herald’s track charts. My good buddy, Stu Pospisil does an outstanding job with these charts, despite the fact they pour in daily and are difficult to keep up with, I’m sure. One of the times reported was run by a boy, the other by a little gal. Neither one of these kids had even come close to ripping off such times as were reported. To put it bluntly, the times seemed pretty hard to fathom.

Track & field is the toughest sport in high school to run–from the standpoint of the school hosting the event. To handle a track meet of ANY size and to have it run smoothly, takes literally SCORES of people to man the stations in order to pull off a decent product. Complicating maters, most of these meets are held during the week, and require–QUALIFIED– people to: time running events, run the field events, and keep score on all the action.

Unfortunately, many of the timers are people who have not done it a ton of times. I’ve started some meets in the past and know of NO other sport in high school that has so many rules that officials need to be aware of. Nonetheless, operating a clock should not be extremely difficult, but it’s tougher than it appears.

The Keys To Accurate Timing

WATCH FOR THE SMOKE: Start the watch as soon as you see the smoke! Do Not wait to start the clock by waiting for the sound of the starter pistol” Remember: sound travels much slower than light. Your eyes will see the smoke before you hear the sound of the gun. And the further away you are from the starter the more true this becomes. Most clock operators know this; sadly some do not. My point being that many non-professional people are clocking and errors are going to be made. This is absolutely understandable, but when you see times such as the two I spoke of previously, something is amiss. Something is just not right!.

One school’s times I always trust is Boys Town. Tim Thompson runs a 22.50 two weeks ago at Gretna, then explodes for a :21.50 at Logan View a couple of days ago. A FULL second off a 200? Yea, if it’s Boys Town, The kids  that attend Boys Towncome from all over the country and they often have some pretty salty athletes that can burst onto the scene quickly. But turning in times like the above mentioned 100 meter  times I’m complaining about  just don’t make sense. The type of sprinters from these schools just don’t pop up over night and run one of the fastest 100 times in the state, I’m sorry.

Reporting these ridiculous times does nothing but hurt the athlete. Sooner or later, justice will be served and the poor boy or girl, who had nothing to do with the reported time, is embarrassed and never comes close to “that time”again. It usually happens as soon as the next time out.

Late Update: I noticed that in the qualifying entries for the Central Nebraska Track Championships that the two times I have been speaking about apparently were “amended”. THANK YOU!  That’s good! Because sooner or latter down the road, the sprinters will run into a fully automatic timing device and….you know the rest.

Other Things That Bother Me

I have also seen instances where a school will enter a star varsity track athlete under the label “SO and SO High school JV’s”. This has been used also as a tool to qualify an athlete for one of these

all-star meets. I just don’t think this is prudent, although I’ve seen an occasion where the school hosting the meet was OK with it. I’m not sure I like it, though.

Another thing that gets to me is seeing an athlete scratch on purpose in a running event so he or she can skip it to get to a field event they excel in. Why even enter the running event? Let somebody else have the shot. Whatever became of giving 100% all the time? Maybe it’s just part of coaching strategy, but I fail to understand it.

All in all, with what these schools hosting larger meets have available for help at their disposal, they do a magnificent job. Yes, there is always margin for error, but I’m going to enter a plea here: Please don’t report SEEMINGLY fictitious times to the meet directors or news outlets. It just harms the poor boy or girl involved.

A strong tail wind is one thing, but a SLOW THUMB is not right–not honest! It’ll eventually surface and there will be embarrassment. It will certainly become glaringly apparent at the State Meet where the best in the biz run that Event.

High School Track is not a sport supported by that many people, mostly just parents and relatives. However, the sport gives individuals an opportunity to shine. I LOVE track and would attend a meet every other day if I could, but please do me a favor and be sensible with times, the young athletes are depending on your integrity…..know the rules and exercise that first finger so it is in good shape……….nobody likes a “slow-thumb.”

Collins Okafor: The Former Omaha Westside Warrior May Become the RB Husker Fans Have Been Waiting For Division I Football Evaluation Period Has Arrived: How Prepared Are You?