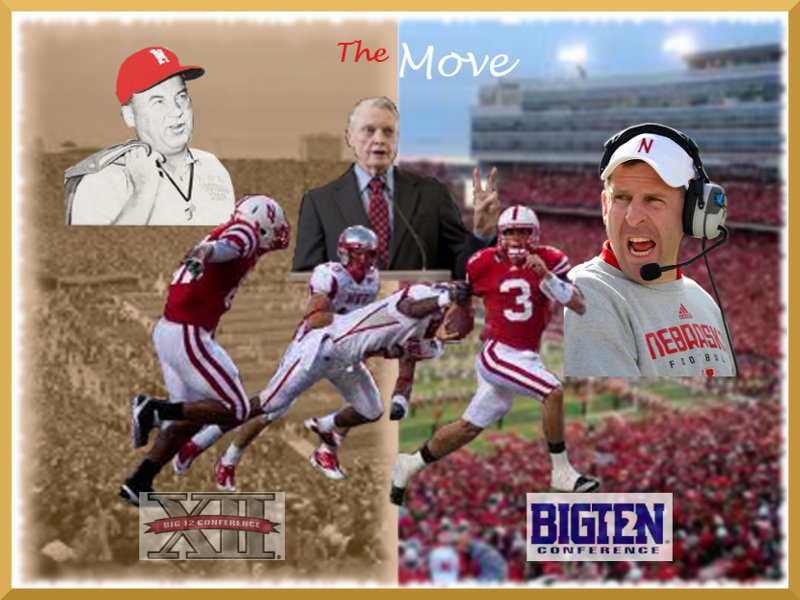 What a week: The Bo Pelini tirade at College Station–namely his televised outburst directed against star QB Taylor Martinez–made him a national target for a lot of negative comments and sentiments. Even NU Chancellor Harvey Pearlman publicly weighed in on Pelini’s lack of composure during last Saturday’s Texas A&M game. Consequently, this past Monday at a press conference, Pelini apologized for his behavior and vowed to change his ways.

The Texas A&M episode and the swirling rumors of Martinez quitting the team had many wondering if Pelini still had his team, and whether or not all the distraction would derail the Huskers’ preparation and mental focus for the game against Colorado—a game they needed to win to reach the Big 12 Championship Game. Well, the answer came in the form of a 45-17 manhandling of the Buffaloes who needed one more win to become bowl eligible.

Bo Pelini not only still has his team—he has their admiration in more abundance!  They saw their coach raked though the hot coals being contrite but still holding his head high. More importantly, they saw a coach take full responsibility for his actions, while not throwing Martinez under the bus in any manner. Bo could have offered an explanation for why he was so mad at Martinez. But he did not. The team knows, but nobody else needed to know the business of the family.  In less than two years at Nebraska, Pelini has cultivated a strong football family of hard-nosed dedicated student-athletes. Last week’s events have made that family bond tighter and Bo Pelini an even better coach.

Last April, I predicted that the Huskers would win the Big 12 title in 2010 because they had the talent and a great coach.

“The Huskers with a healthy Zac Lee at the helm have a better than a 50% chance of winning the Big 12 Conference Championship in 2010. Without a healthy Lee in the picture the Huskers chances for a title diminish considerably. In this event–more than ever–they will have to rely on the orchestral skills and motivational abilities of their maturing head coach, Bo Pelini. And the latter is my reason–over any other–for picking the Huskers to win this year’s Big 12 Football Conference Championship. Outlook for Huskers 2010 Football Campaign Remains Cloudy After Spring Camp, April 18, 2010.

In August–after the Huskers announced their move to the Big Ten–I changed my prediction citing Karma as the reason for why the Huskers would not win the conference. The Karma was all the negative energy I knew would be directed against the Huskers from the Big 12 teams, administration, officials and fans. See Why Karma is All Wrong for a Nebraska Big 12 Football Championship in 2010, August 7th, 2010.

Do I believe there is a conspiracy against the Huskers? No! But there is a lot of hope around the Big 12 that Nebraska does not win the conference title in their last year. Not making things any easier is Bo Pelini’s well-known riding of officiating crews which make it even easier for some referees to throw or not throw a flag. Last Saturday at College Station, Texas, there were 16 penalties flags thrown against the Huskers and only 2 hit the ground against Texas A&M. But keep in mind those images of Pelini throwing F-bomb after F-bomb at those officials…and, well, you get my drift. He made it easier for them.

Karma changes. Yea I know a lot of folks think that Karma is B.S. Maybe it is. But for those of you that don’t believe in it, pretend with me a little that it is real: The Pelini tirade changed Karma, because–unexpectedly–an excellent head coach entered the lion’s den last week, survived, and came out a better man and the Huskers a better team. Even before the Pelini tirade, Nebraska was the best team in the Big 12—now they’re better.  Moreover, the football gods could not have scripted a better ending for the Huskers’ last Big 12 contest—a showdown against Oklahoma—the one historic rival that most defines Nebraska’s rich football tradition.   The Huskers will perform to their potential in Saturday’s conference championship game. The Huskers will go out a winner!