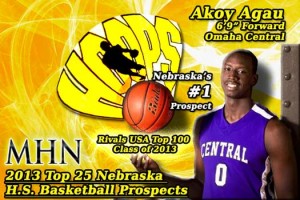 The current Preseason Top 25 ranking reflects the college interest generated by the prospects, their anticipated development and their 2011-2012 season all-star team selection(s).

The Midseason ranking attempts to reflect (1) How the Preseason Top 25 performed thus far in the 2012-2013 season relative to their ranking and (2) To recognize emerging players that are or could become legitimate college prospects.

MHN Wants to Hear From You

Based on the criteria listed above, fans are encouraged to offer nomination(s) for the MHN 2012-2013 Midseason Top 25 Nebraska H.S. Boys Basketball Prospects by providing the player(s) name, school, height, position, grade year and any stats and/or reason(s) for your nomination(s).

Encourage Your Friends to Send Nominations

Please submit your nomination by entering the requested information into the email form that appears below.